This outdoor exhibit area is located on the site where the first railroad train entered Arizona in 1877 and features as its centerpiece a restored 1907 Baldwin steam locomotive.

This public plaza offers interpretive panels to orient the visitor to the Yuma Crossing National Historic Landmark. Distinctive elements of the Yuma Crossing showcased on panels include the Yuma Territorial Prison, Fort Yuma, the Ocean-to-Ocean Highway Bridge, the historic rope ferry, the Quechan Tribe, the Southern Pacific Hotel, the Quartermaster Depot and the Yuma Siphon irrigation project, which made the desert bloom the same year Arizona became a state. Other panels detail the three rail bridges that stood at the site, the operation of the swing span bridge, the Southern Pacific settling tanks and the Baldwin locomotive. The plaza preserves one of the few remaining artifacts of Arizona’s first rail line, the concrete pivot on which the rail bridge turned to allow steamboats to pass. A water feature adds cascading river sounds alongside a pedestrian link to Gateway Park. One of the plaza’s colorful panels also features a large-scale map showing nearby links to the city’s paved and lighted multi-purpose trail system, which stretches for about 10 miles along the riverfront and East Main Canal. 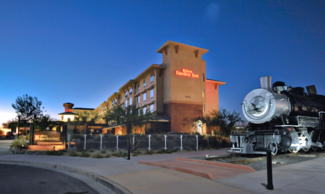 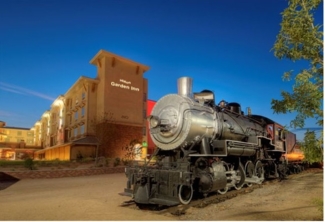 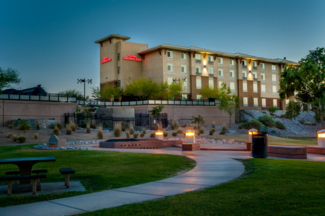 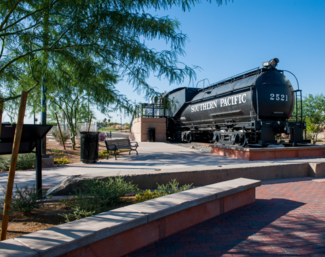 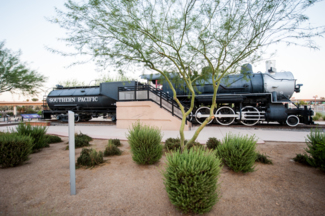 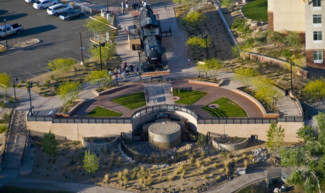